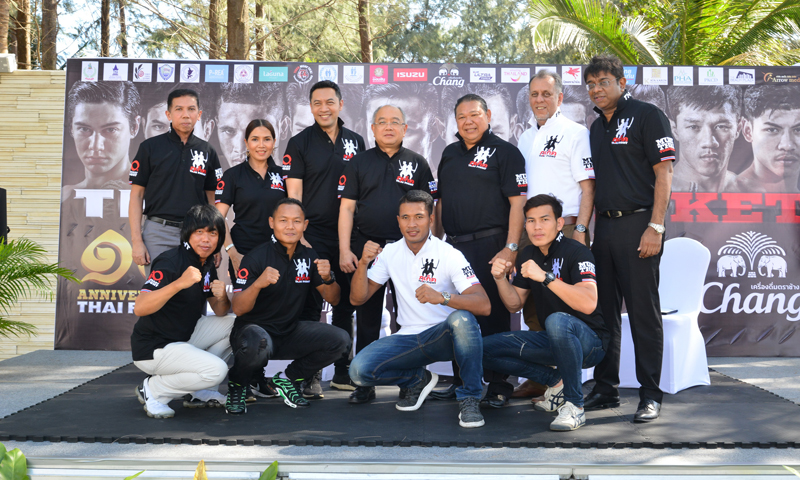 Thai Fight and the Sports Association of Phuket will jointly host an inaugural Thai Fight Phuket,

Celebrating Thai Fight’s 10th anniversary of bringing the sport of Muay Thai to an international level, Thai Fight Phuket will feature King’s Cup Champions; Saenchai, Saensatarn, Payak-Samui and Thai Fight’s Fighter led by Tengnung and Thai actor Peter Denman. A combination of Thai and foreign fighters will be matched up against one another in a purpose-built ring at Laguna Grove, Laguna Phuket’s outdoor event venue by the lagoon where other mass-participation sporting events such as Laguna Phuket Marathon and the Triathlon have taken place. 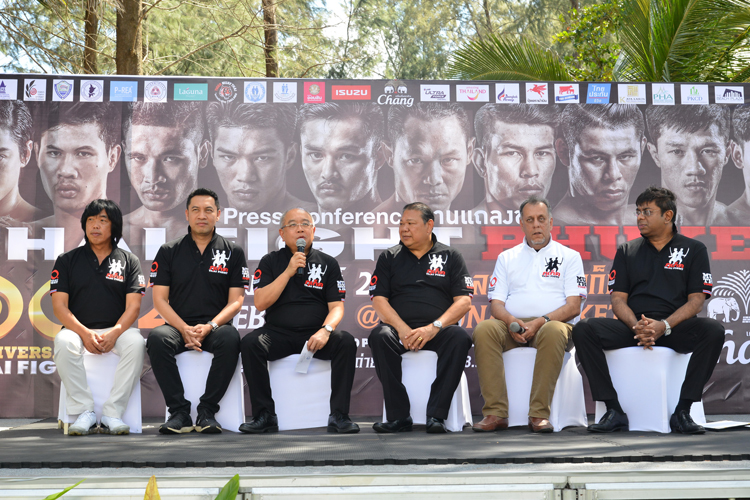 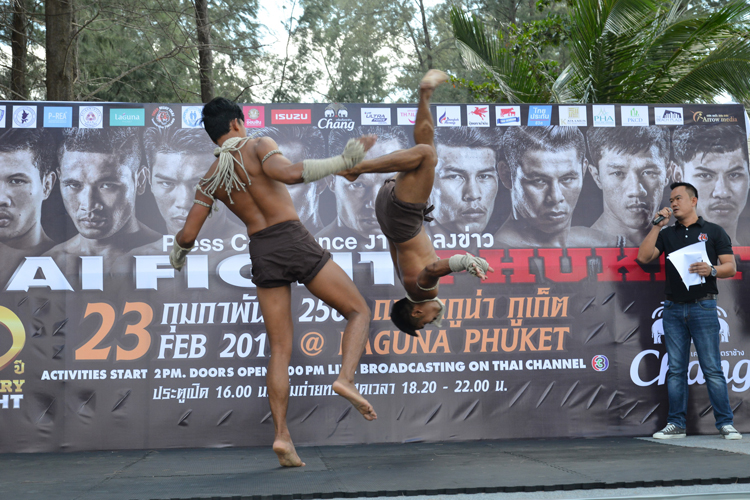 “Thanks to Thai Fight, Phuket Province and The Sports Association of Phuket, for selecting Laguna Phuket as Thai Fight Phuket’s venue,” said Ravi Chandran during the press conference.

“We are confident that Thai Fight Phuket will be another successful event that helps promote Phuket’s sport tourism and strengthen Laguna Phuket’s status as Best Sports Event Venue in Thailand, achieved in November last year at the Asia Sports Industry Awards & Conference (SPIA Asia 2018). We are honored to have been a part of Phuket Province’s success in tourism and sport tourism,” he concluded.

Thai Fight Phuket will be staged on Saturday 23 February 2019 at Laguna Grove, Laguna Phuket. Gate will open from 4pm onward. The entry is free and tickets will be available for distribution at various locations in Phuket. Polo-shirt option is available for purchase via Line Application @thaifightphuket, where buyer gets 2 tickets per shirt. The event expects to welcome 10,000 Muay Thai fans. Thai Fight Phuket will be broadcast live on Thai TV Chanel 3, 33, 28 and LINE TV.

Indulge in a Romantic Valentine’s Day at Amari Phuket