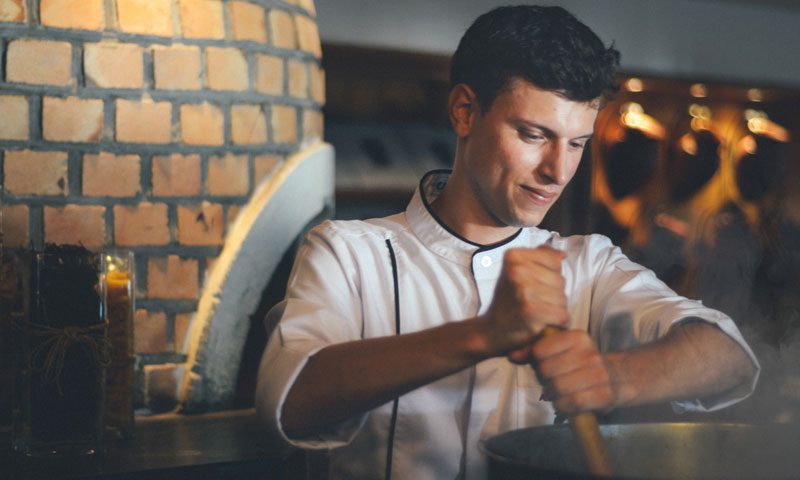 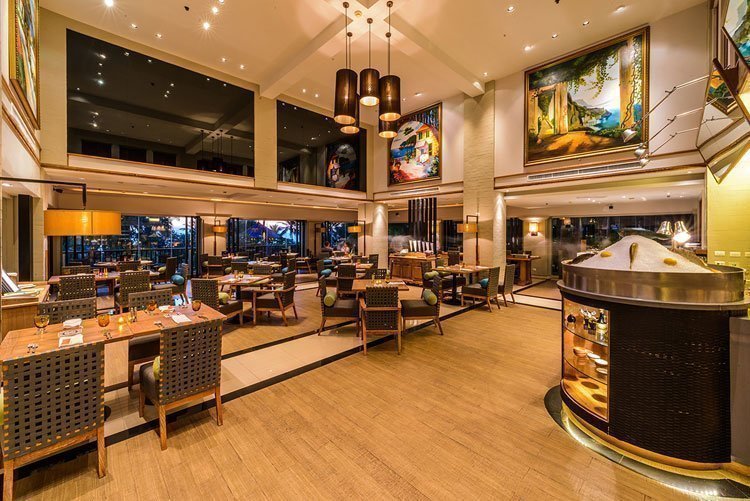 28, a native Italian Chef Genio has over decade experience in the Hospitality Industry. Born in the northern town of Busto Arsizio and developed his passion of cooking as a child at his mother and grandmother’s side. “Cooking was sort of in my DNA, with my mother and grandmother both being chefs and previously owning restaurants. I took a lot of influence from my mentors throughout my time in the kitchen” said Chef de Cuisine Andrea Genio.

Chef Genio followed his heart and attended culinary school in Italy, at Istituto Erminio Maggia of Stresa where he received his formal training and laid the foundation for a career that placed him in the kitchen with world-renowned chefs.

Chef Genio began his culinary career in his native Italy at ‘La Bisaccia” in Sardina, moving on to work under the wing of the talented chef Matteo Vigotti at Novecento. It was in his time at Novecento that the restaurant earned its first Michelin star.

After gaining experience in 5-star hotels such as the Grand Hotel Terme, Italy; Grand Hotel Villa Castagnola Au Lac, Switzerland and Grand Hotel Park, Gstaad, Switzerland where he mastered his culinary skills and learned to manage the 5-star hotel’s kitchen. His focus shifted to exploring new cultures, expanding his experience and discovering a change of scenery, which he found in Asia.

His far-flung destinations and eager to discover the exotic ingredients and spices in order to inspire his seasonal and creative menus, took him to a number of countries across the continent including Singapore, Malaysia, Cambodia and now Thailand. Prior joining the kitchen of JW Marriott Phuket Resort & Spa’s Cucina, he was Chef de Cuisine at Sofitel Hotel Phnom Penh Phokeethra Hotel, Cambodia.

The fine dining restaurant Cucina captures Italy’s vibrancy with its open kitchen concept and a sophisticated yet inviting atmosphere. Seasonal dishes are created from premium local and imported ingredients paired with signature cocktails and exceptional Italian wines. Classic wood-fired oven pizzas can also be ordered to eat in or take away or enjoyed poolside.

The Cucina restaurant opens for lunch from 12.30 pm – 3 pm and dinner starts from 6 – 11 pm.
Advance reservations are required. For more information or make a reservation, please contact Restaurant Reservations on +66 76 338 000 or via e-mail to mhrs.hktjw.fbdiningexperience@marriott.com or visit www.jwmarriottphuketresort.com