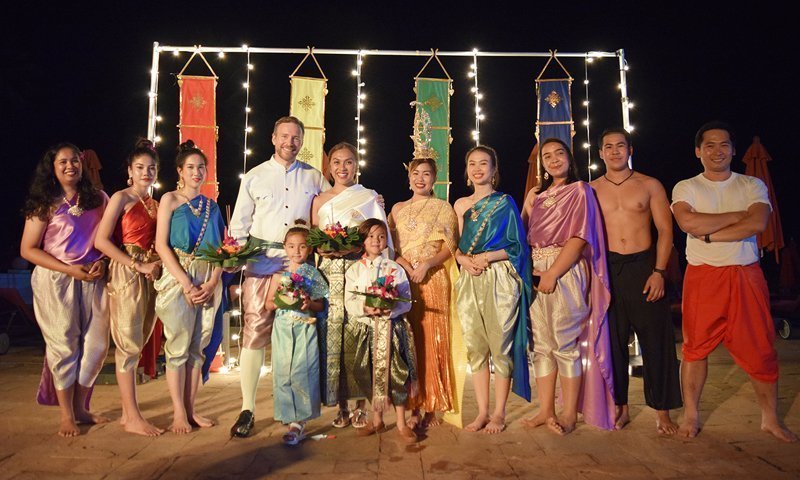 Phuket, Thailand – 23 November 2018: JW Marriott Phuket Resort & Spa joined the nationwide celebrated The Loy Krathong Festival also known as The Festival of Lights, on 22 November at the Lotus Pond. Mr. Matthias Y. Sutter (4th from left, white shirt), General Manager of JW Marriott Phuket Resort & Spa presided over the event along with the associates and hotel guests.
In celebration of Loy Krathong, the hotel guests enhanced the richness of Thai cultural heritage through its significant festival; the hotel’s lotus pavilion and lotus pond were transformed to be the temple ambience with the Thai musical background, and a pond for guests to perform the ritual of “Loy Krathong”. The event was filled with numerous activities such as Family Krathong making, major Krathong decoration, Krathong contest, performances such as the procession of the major Krathong and parade, traditional Thai dance and fire shows. Guests also had the opportunity to savor on authentic Thai cuisine prepared by crafted Thai chefs.

Loy Krathong is traditionally performed on the full moon night of the twelfth lunar month, which usually falls in November. The floating of a ‘Krathong’, a vessel usually made from natural product – banana leaf, is intended to float away the misfortunes in life as well as to sincerely express apologies to Khongkha, the River Goddess. The celebration is held nationwide in Thailand as long as there are rivers, canals or ponds. 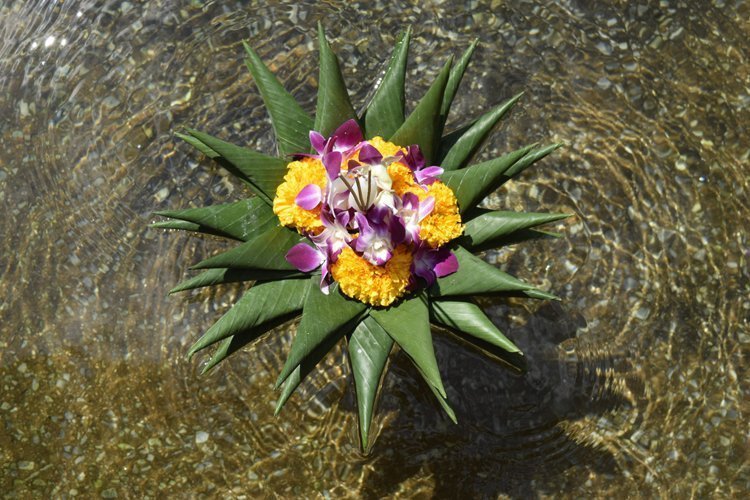 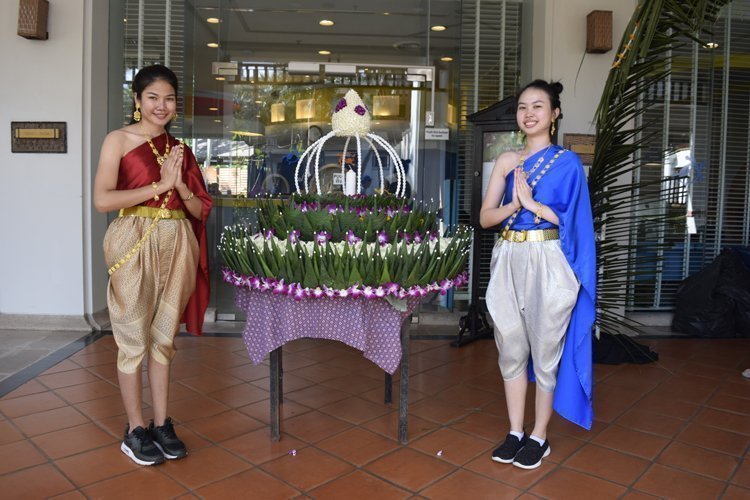 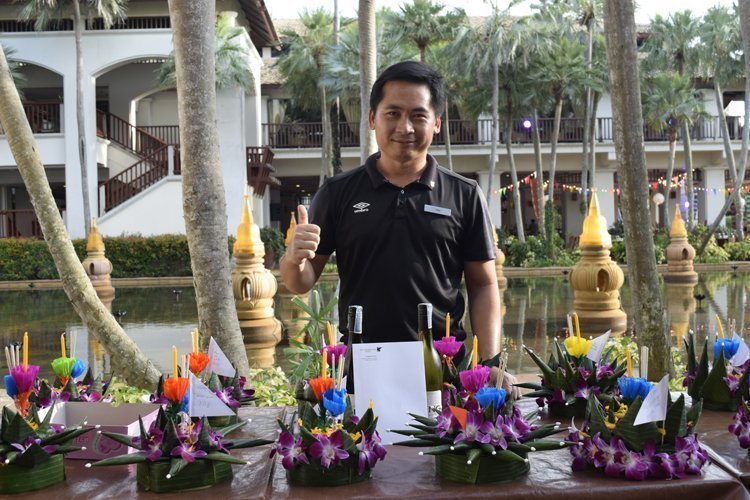 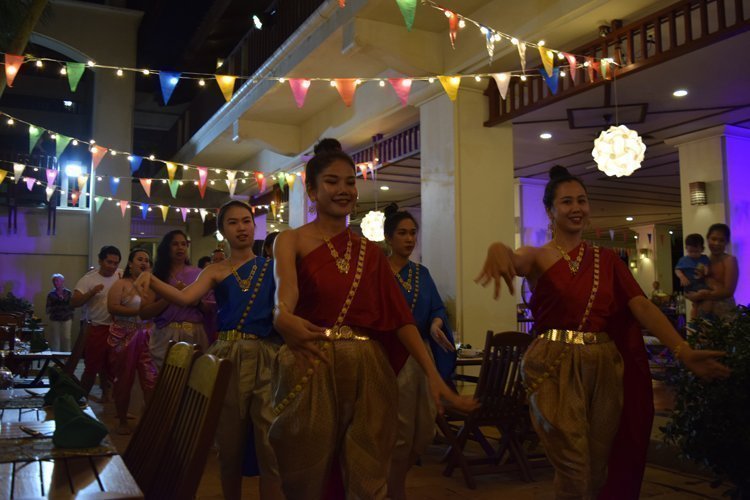 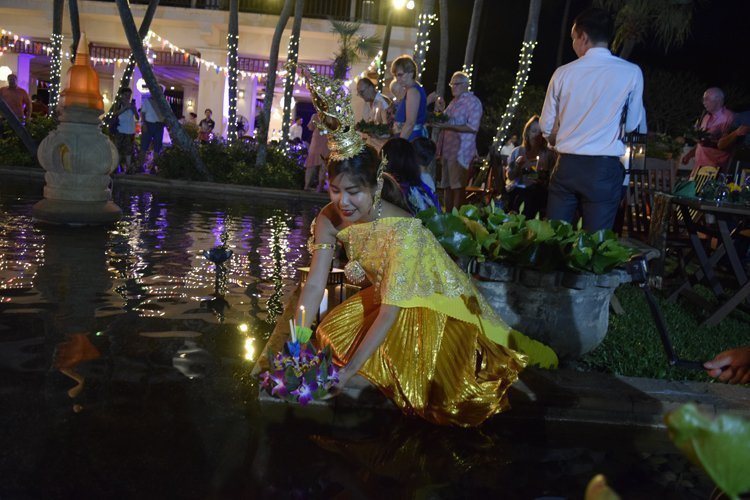 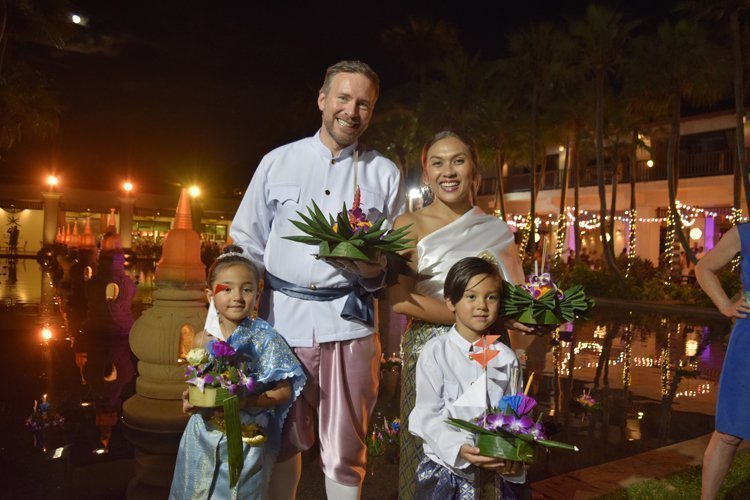 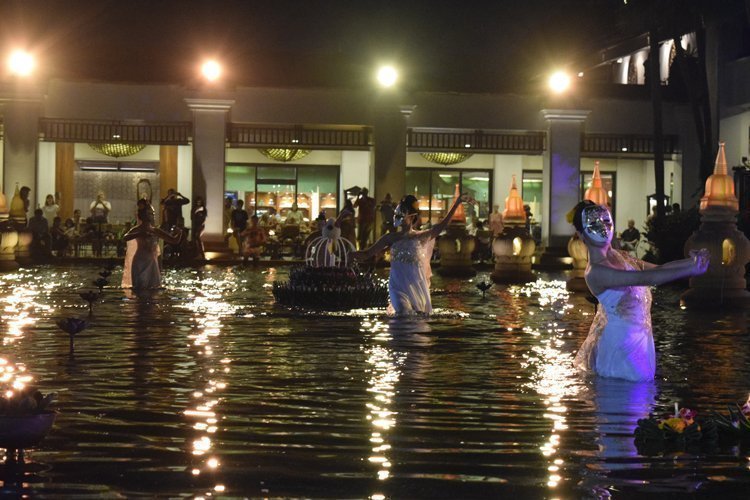 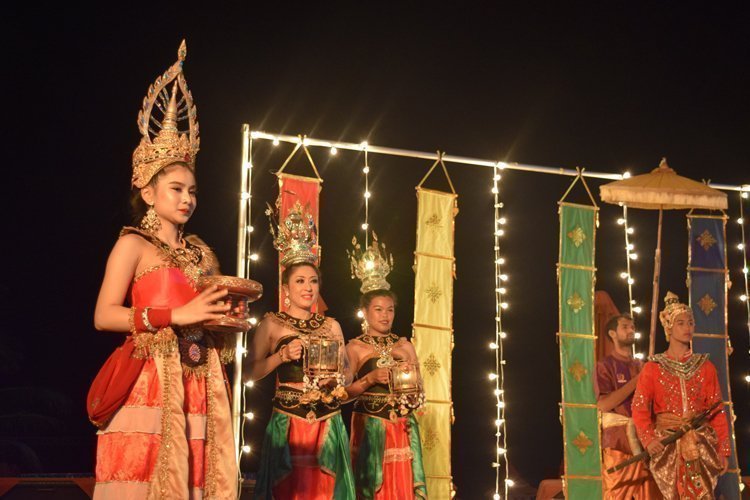 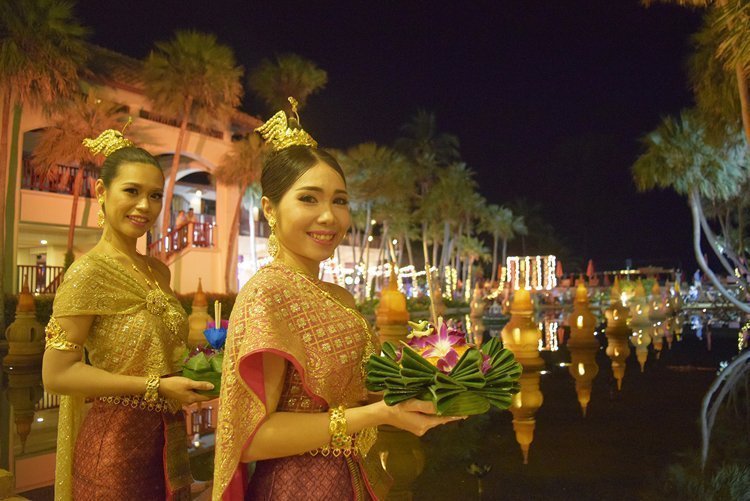 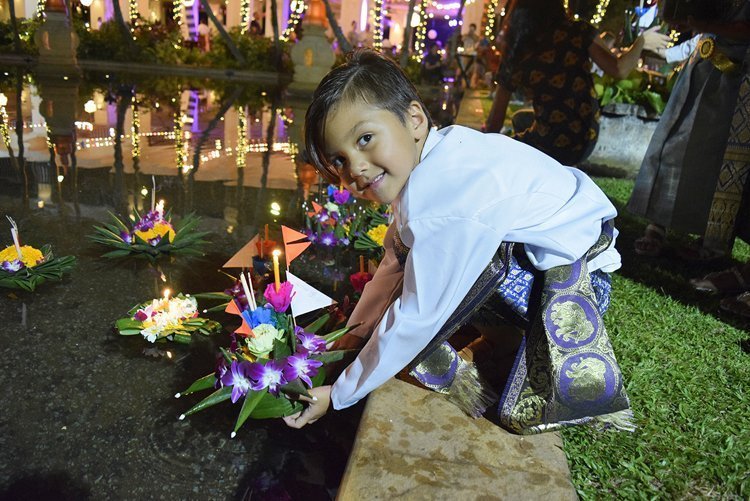