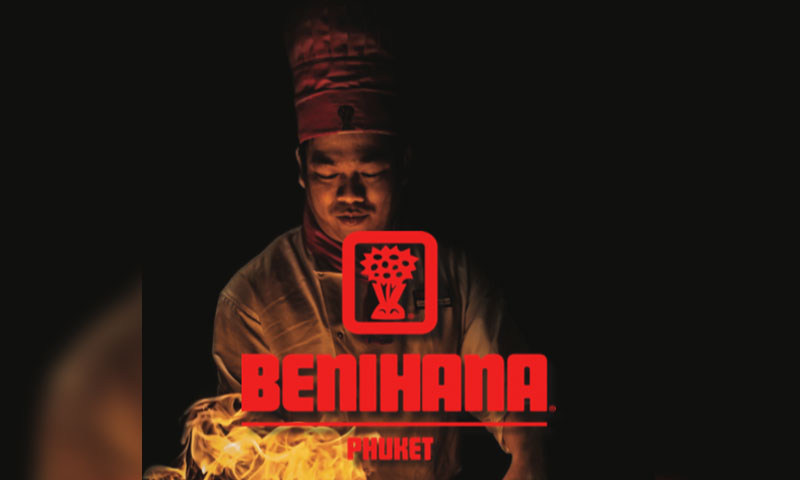 December 23rd 2020 – “Benihana’’ the world-famous Japanese steakhouse and Teppanyaki restaurant open in the JW Marriott Phuket Resort and Spa. The restaurant held its opening night on Wednesday, December 16th. The Island’s community members were invited including media and influencers.

Opening in 1964 Benihana has stolen the hearts of people with its theatrical shows and world-class ingredients served in unique ways all over the world. This will be the first Benihana to open in southern Thailand after two successful venues were launched in Bangkok and then Pattaya over the years. The spectacular “eatertainment” cooking style that has dazzled millions of people will be the only restaurant of its calibre in Phuket.

The upscale Japanese steak house located at the JW Marriott Phuket Resort and Spa on a luscious beach in Mai Khao, adjacent to the Sirinat national park. Bringing a world-class fine dining right to the island’s doorstep.

Surrounded by creative Japanese art, calligraphy, world-class Teppan tables it is no wonder they say, “It’s not just a meal, it’s an experience”. Matched with 5-star service, crafted drinks, opulent sushi and succulent steaks all handled by your private chef it is no wonder people can’t get enough. Diners will be left on the edge of their seats while eating mouthwatering flavours and watching intricate jaw-dropping knife skills.