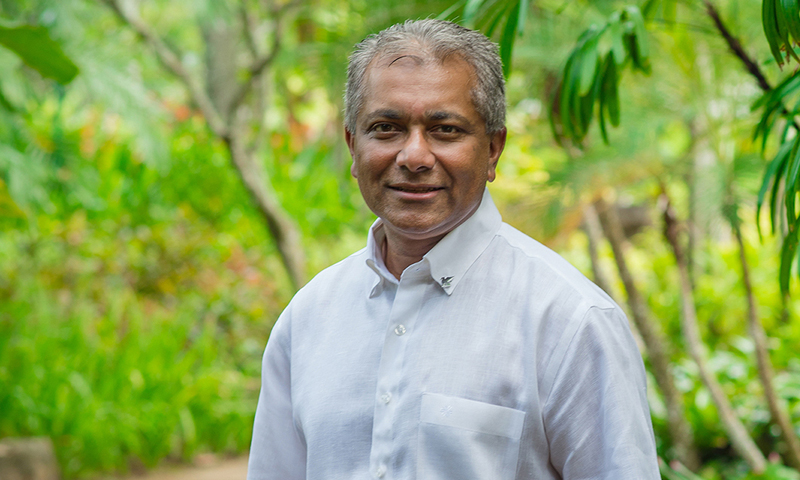 Phuket, Thailand – 19 August 2019: JW Marriott Phuket Resort & Spa is delighted to announce the appointment of George Varughese as the General Manager effective August 13th, 2019. He is responsible for the 261-rooms luxury Phuket resort which is located on Mai Khao Beach.

George has been with Marriott International for over 25 years and brings to the role a wealth of global experience through his hotel career in Austria, Germany, USA, China, Malaysia, Australia and Thailand. His experience spans several disciplines including four hotel openings. He graduated from the Salzburger Hotelfachschule Bad Hofgastein in Austria and received his Executive Master of Business Administration (EMBA) from RMIT University in Melbourne.

Prior joining The JW Marriott Phuket Resort & Spa, he was the General Manager of the Bangkok Marriott Hotel The Surawongse where he was instrumental in the successful opening, ramp up and positioning of this hotel. He has propelled this hotel to achieve solid Balanced Score Card results in a short pace of time including multiple industry accolades. The hotel became #1 in Bangkok on TripAdvisor 8 weeks post opening and continued to be a top rated hotel in the city.

George is also a recipient of multiple company awards such as Leadership Excellence, Sales Leadership and Operations Excellence Awards.

His hobbies include reading, exploring foreign cultures through his extensive travels, which also includes sport activities such as golfing and running. He is married to Emily and has a 15 years old daughter, Isabel.

Commenting on his appointment, George stated, “I am delighted to be joining the team at JW Marriott Phuket Resort & Spa. I look forward to working with the team to continue to enhance the hotel’s great reputation on guest satisfaction and operations excellence”.