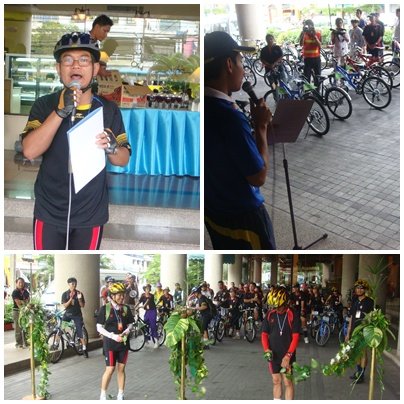 Nowadays, the main problem that principally occurs around the world caused by carbon dioxide or greenhouse gases emissions to atmospheres with effect to natural and human lives.

Royal Phuket City Hotel launched an energy policy for emphasize everyone to participate and continuous improvement.

To be successful, they collaborated with RTC To be number one and arranged cycling to reduce global warming, drug problems.