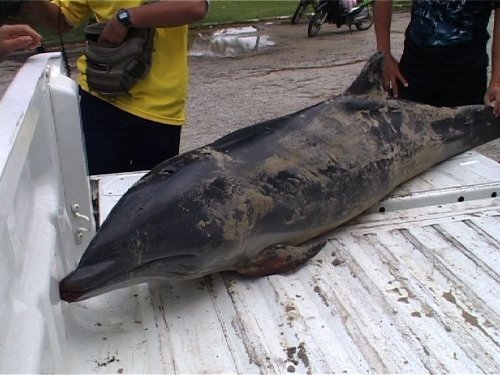 There was a wound on the body which did not from the fishery equipment, looking tried and ill, and it might be infected from somewhere as the primary found.

A team from Phuket Marina Biological Center and Ministry of Natural Resources and Environment is preparing a post-mortem examination of the 15-year-old dolphin.

Moreover, a recently baby dolphin which found on Saen Suk beach (28 September, 2009) was death after the team had been taking care in a nursery pond because a baby dolphin was still suckling and also inner infection. 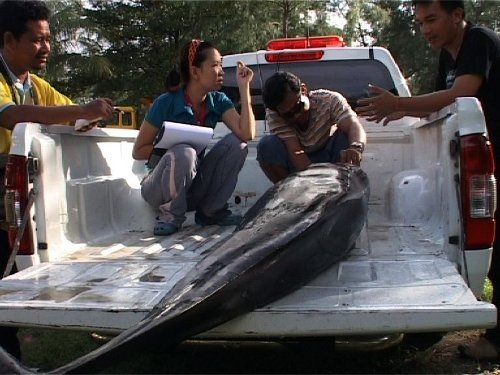 Phuket will be pushing as a Hub of Transportation