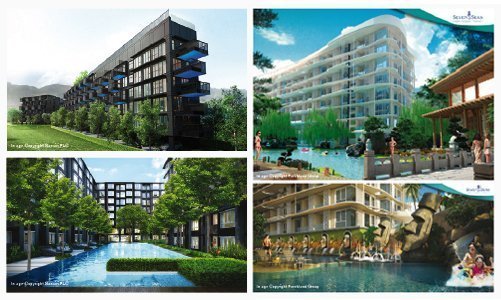 Changes in the economic environment unconsciously affect our behavior and it is therefore necessary to adapt to these changes especially where residences, which change with the times are concerned.

Phuket is a tourist city well known all over the world. It is also known to be strong economically.

Having looked into the past investment trends of Phuket we found that both Thai and foreign investors choose to invest in Phuket. With its great beaches, world renowned diving sites, historic heritage, spectacular range of spas, health and wellness resorts, yacht marinas, attractions and boutique hotels, Phuket is the second most popular tourist destination in Thailand after Bangkok and it brings a large amount of revenue to Thailand through tourism. In addition, it is also gaining promotion from the Government who want to see Phuket become a main hub for the upcoming ASEAN Economic Community region and for investment that extends beyond tourism. Phuket is also viewed as an economic hub when it comes to trading in the South-East Asian region. 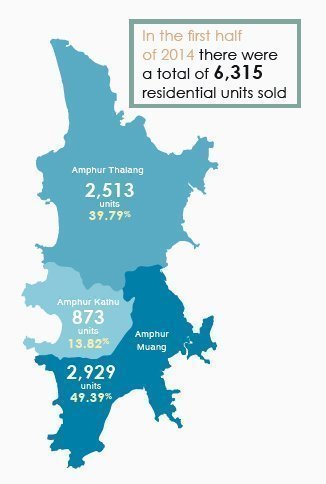 Phuket has a large number both Thai and foreign workers and retirees which continue to grow year on year, and due to this continuous growth the demand for housing is also continuously growing. Statistics from a recent survey by Phuketindex found that in the first half of 2014 there were a total of 6,315 residential units sold, 2,929 units in Amphur Muang, 873 units in Amphur Kathu and 2,513 units in Amphur Thalang. We also found that from 2011-2013 approximately 30,800 residential units were sold, 13,900 houses and villas and 16,900 condominiums. The results of this survey clearly show us that the demand for condominiums is far greater than for that of houses and villas, and this is why Phuket is now seeing that developers now prefer to build condominiums rather than houses and villas.

Our survey found that in 2015, a further 2,644 condominium units will be complete and ready for sale.

With regards to preferred location for condominium developments our survey revealed that 45 percent of
developments were in Muang District, 50 percent in Kathu District and 5 percent in Thalang. 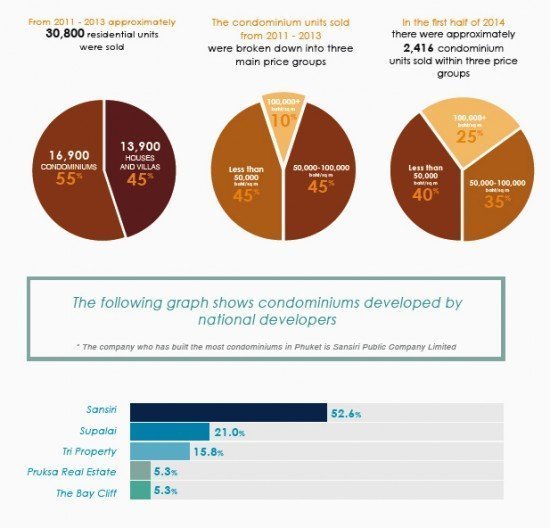 “During a market slow down, developers need to be careful and focus more on market study and financial strategy.
They also need to learn more on specific restrictions in order to develop the right project on this island.”

“Condominiums are the most popular property type amongst developers with a total of 16,107 units, or 54 percent of the whole market. This is followed by townhouses (15 percent) and single detached houses (14 percent). “As of the end of June 2014, Phuket had a total supply of 7,124 units. Muang District is where most supplies are – some 2,929 units. “Condominiums on Phuket have also been the best-selling product during the last 12 months, and accounted for 68 percent of the whole market. “The best-selling price range was between THB 2 and THB 3 million, followed by the THB 1 – THB 2 million and THB 3 million – THB 5 million respectively.”

“Sansiri has developed the most condominium projects on Phuket with a number of developments under the names of dcondo and The BASE. Our condominiums have been developed to meet the demands of the island’s current real estate market which is seeing more and more people who work and live in Phuket wanting to own and invest in real estate, especially condominium units. In recent times, we have seen a huge increase in demand from both Thais and foreigners who want to invest in condominium units and that is why the island has seen such expansion within this real estate category. “However, we are not only now seeing an interest in the standard type of condominiums; we are also seeing a large number of investors who are looking for resort condominiums such as our Baan Mai Khao and The Deck Patong projects, both of which have received great feedback from foreigners looking not only for a good investment but a condominium in a great location.” 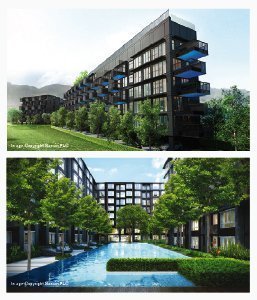 “Sansiri is very pleased with the response we have received for each of our projects and so far we have welcomed approximately 2,000 people to the Sansiri family. We are very confi dent with the investment potential of Phuket; a city which continues to see growth not only in tourism but also other industries. We as Sansiri wish to continue to grow alongside the island into the future.”

Porchland Group is a real estate developer based in Pattaya, Chonburi where we already have 11 projects in our portfolio. However, earlier this year we added a twelfth project to our portfolio with the launch of the Massa
Luna Condo Phuket, our very fi rst project in Phuket. It was our decision to expand our business to Phuket because it has a large market for holiday homes, possibly the best in Asia. It is also because it’s a world-renowned tourist destination.

“We have decided to invest in Phuket with a high-end condominium and the main decision for this is because it’s in the area of Nai Yang Beach, an area which offers natural beauty and privacy. It is also a popular area with Thai and foreign tourists and expatriates. It is located only 3km away from Phuket International Airport or a drive of approximately 10-15 minutes. We believe that in the future this area will see further development and growth and is a high potential area. 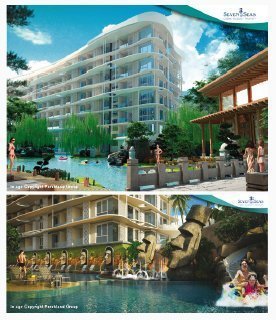 “Our Massa Luna project is worth in the region of 1,140 million baht. Construction started late in 2014 and will be complete in late 2015, with customers being able to move in at the beginning of 2016.”

“Our main target group is foreigners living in Phuket who want to own a property rather than rent, or those looking for a good investment.”

“We are also looking to bring further projects to Phuket in the Rang Hill area close to Bangkok Phuket Hospital on an area of approximately 29 acres. It will be a city condominium with unit prices starting at around 1.8 million baht. This project will be launched in conjunction with the universal Development Limited Company who is also based in Pattaya. The project will be worth about one billion baht and we expect to launch this project in the first quarter of 2015.”

Online contest One and Only under Discovering Thainess