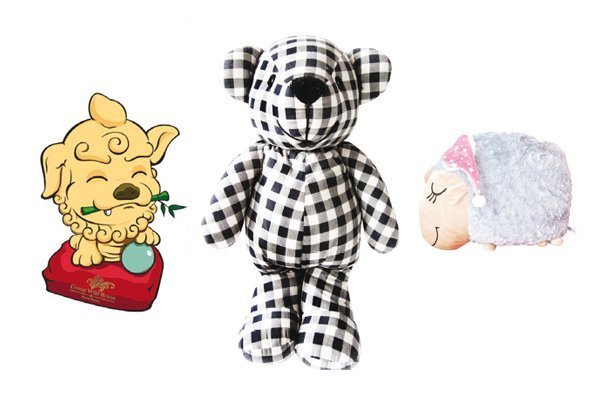 A mascot is any person, animal, or object thought to bring luck, or anything used to represent a group with a common public identity, such as a school, professional sports team, society, hotel, military unit, or brand name. Because Phuket it is a city of tourism and there are many hotels here, creating something which identifi es a hotel brand is perhaps not essential to all, but it is certainly important for a great deal of them. Various hotels in Phuket have created a mascot which identifi es their brand, and regular visitors to these hotels know these mascots and the story behind them well.

Now you can get to know some of Phuket’s best known mascots too! 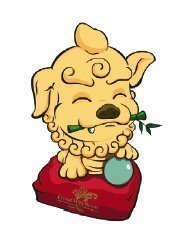 Tee Ting is a Chinese animal, it is sacred and is believed to bring prosperity and fend off evil. According to legend, Tee Ting is a wonderful dog who understands the human language and is considered as a symbol of good
fortune.

Tee ting is a mascot like no other and is certainly one to be remembered. Tee Ting is unlike common dogs and comes in a range of styles and designs. The yellow character stands on glass balls and holds bamboo twigs in its mouth and was introduced as the mascot for Crystal Wild Resort Panwa Phuket at its opening on 14 August 2014.

Tee Ting is currently not available to buy. 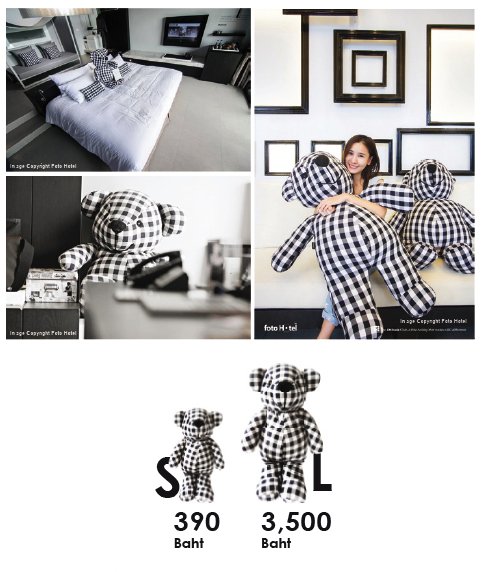 When the Foto hotel was first built and the fi rst sample room had been designed, the owners were thoughtthe room was beautiful and had been designed just how they wanted it, but they felt it was lacking that something special. They thought long and hard about what was missing from the room, and then one day an executive of the hotel said he felt it lacked vitality, perhaps because of the room’s design or color scheme. To improve this it was decided that a doll be placed in the room to make it more lively. This was how the idea for bringing a mascot to Foto Hotel came about.

When it was decided to bring in a mascot to the hotel it then needed to be decided what should be used, perhaps a person, an animal or maybe an object, but whatever it was needed to have a good feeling. It didn’t need to be awesome, but it shouldn’t be something which would affect a certain religious beliefs. Finally, they decided to use an animal as their mascot. They then looked at what animals live near the hotels, poultry or aquatic animals came to mind but they weren’t the perfect choice.

Finally they came to the conclusion that the animal should be one with arms and legs so the guests could embrace it and have that feeling of comfort. Then someone

said “the animal which is seen most like a doll is a bear, a toy bear is always seen as loveable.” It was agreed that a bear would be Foto Hotel’s mascot. To ensure their bear would be remembered and look different from others they chose a fabric and pattern that differs from the typical teddy bear and that would comply with the Foto Hotel brand. Foto Hotel opened in October 2012, and on this day, Foto Bear was born complete with its grey, white and black tartan material”. Foto Bear is available in 2 sizes is, large is priced at 3,500 Baht andsmall is priced at 390 Baht. 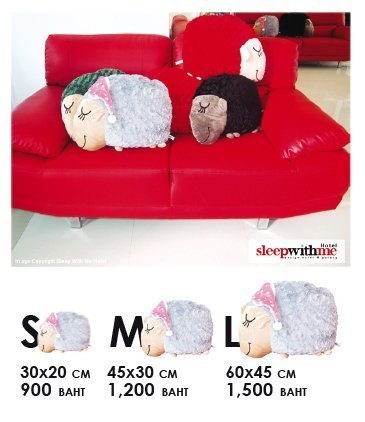 The mascot for Sleep With Me Design Hotel @ Patong, Nong Sleepy, arose from 2 factors:
– People counting sheep to fall asleep.
– Sleep is synonymous with the word sheep.
They decided to use a sheep because they are seen as cute and fun. Furthermore, counting sheep to go to sleep is a western concept and they wanted to keep their sheep in the minds of their guests. They wanted a sheep to be part of the hotel’s story and for the sheep to bring fun and smiles to their customers.

Sleep With Me Design Hotel @ Patong believes that by Creating Nong Sleepy they are raising awareness of the hotel both internally and externally:

Externally: Nong Sleepy goes out and meets people as much as possible such as by being featured in magazines and visiting trade shows and agents.

Internally: Nong Sleepy can be found all around the hotel be it in the form of art on wall or a cuddly toy in a room. They are also given as gifts to employees who have been awarded outstanding employees of the month.

Nong Sleepy had been planned by the hotel’s designers before construction on the hotel began and was used in advertising to communicate with customers before the hotel opened.

Nong Sleepy soft toys are available in red, green, grey, and black and all features the hotel’s logo. However, in the future Nong Sleepy may well be developed into a superhero.

For those interested in purchasing a Nong Sleepy from the hotel, al colours are available in 3 sizes:

Having received great feedback from customers Nong Sleepy is now also available as a feature on the hotel’s polo shirts, shoes, umbrellas, bathrobes and also as fridge magnets.