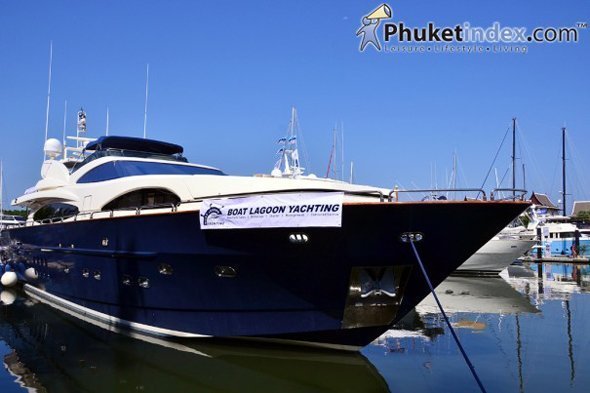 Phuket to focus high-end tourism in 2014 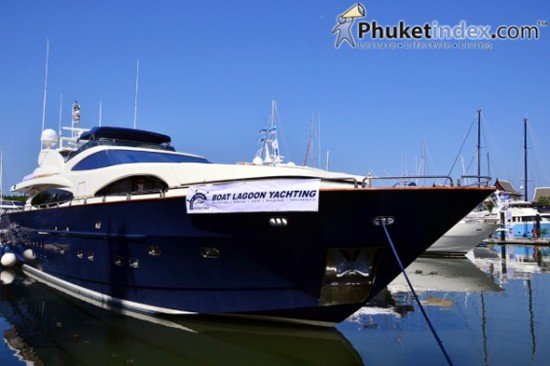 At the conference he said “In 2014 Phuket will focus on the high-end market of tourism and will join more international road shows such as Cruise Shipping Miami in the USA, the Golf Tourism Convention at Hainan, China, Luxury Travel Mart Asia at Shanghai, China and World Health Tourist at Washington, USA. By doing so Phuket is going to be marketed to the entire MICE market group, health and tourism markets etc.

Khun Maitree added “As for the general tourist market, the Phuket Tourism Association and Phuket Provincial Administrative Organization will be keeping sustaining the original and current market along with promoting new markets both in Asia and Europe.” 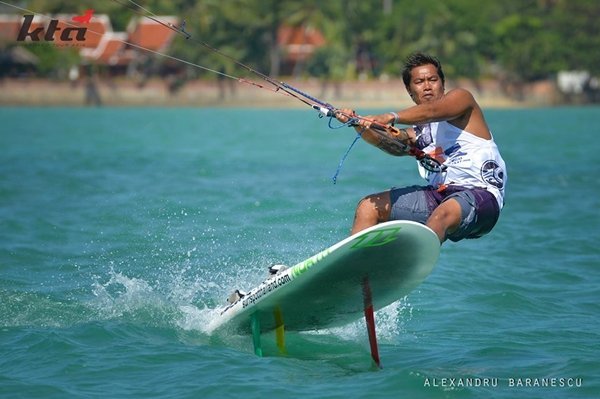 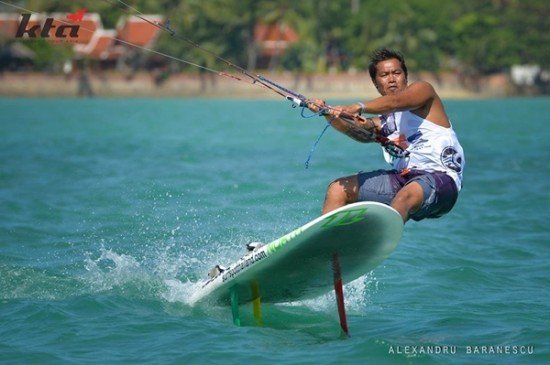 Friendship Beach, Phuket  – To the uninitiated it might have seemed like business as usual with the reigning Kite Tour Asia (KTA) course race and twin tip champions reasserting their authority after three days of closely fought competition in the sheltered azure waters of Phuket’s Chalong Bay.

But the Christmas Race Special kicking off the KTA 2013-14 Asia Championship Tour season threw up some unexpected new stars-in-the-making who shortly will surely be giving the established old order a run for its money.

The emergence of Lisa Nikitina (UKR) was undoubtedly the story of the kiteboard racing event, where the twin tip division was being contested for the first time since gaining International Sailing Federation (ISAF) class recognition, earning riders the chance to accrue International Kiteboarding Association (IKA) world ranking points.

Increasingly assured performances from racing novice Nikitina as the competition wore on saw the slight 23-year-old sweep to the top of the podium in the twin tip class. She scored bullets in the last four races on the concluding day, even at one point beating all the men racing in the same fleet across the finish line. 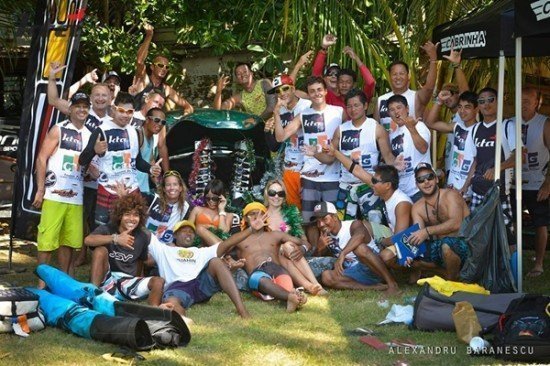 “I’m very happy, and a bit surprised,” said Nikitina, distinctively trendy in her daily alternating shades of fluorescent zinc sunblock. “In one race I even got a first place and beat all the guys. I feel I’ve learned so much about racing and tactics in the past few days:  when it’s best to be on the course and how much to point upwind or go off the wind, depending on the conditions.”

Yet Nikitina’s victory was the exception. Narapichit “Yo” Pudla (THA) and and Boracay-based Kathrin Bogwardt (GER) were simply too strong and consistent for the rest of the course board racing fleet. The raceboard reigning KTA tour champions picked up where they left off at the close of last season to win every race they contested in Phuket.

Early on Pudla even looked as if he might do the double by snatching top spot on the podium for the men’s twin tip after scoring several bullets in the opening days’ races. But the reigning KTA twin tip champion Doque Delos Santos rediscovered his pace towards the close of the series to ease out Pudla.

The seriousness of the racing and the stakes involved was driven home by what at first appeared to be a nasty injury to Teerawat Sudporn (THA), who clashed with the sharp board fins of Atte Keppel (SWE) during a start-line collision. But after hospital treatment he was able to walk several hours later with his thigh wrapped in bandages. 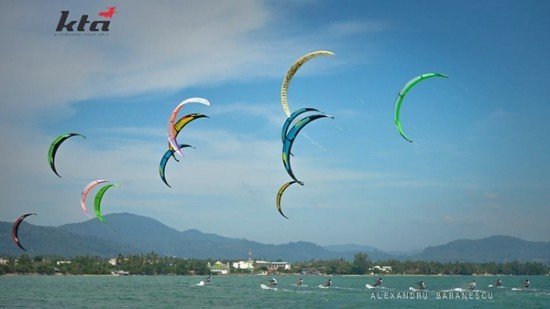 In the women’s twin tip division Borgwardt, 37, after close-fought contests on the water with Nikitina, resolved to use a larger board for the next round of the KTA in Bintan, Indonesia, in an effort to get on par with the young Ukrainian.

The event – organized by the KTA, presented by main sponsor Tamarind Villas and hosted by Kitezone – drew 33 registered racers from 12 countries. Hot tropical conditions on the windward-leeward track in Chalong Bay varied from 17kts that built quickly early, causing riders to put up their 11m and 13m kites, before characteristically dropping to 10-11kts by early afternoon, dictating the use of 17m and 18m kites by the heavier competitors.

The tiny Bitna Kim (KOR) did not need anything quite so large. The 20-year-old had was a novice racer before she travelled to the IKA 2013 Kiteboard Course Race World Championship held in Boao, Hainan, China, in November, also organized and locally managed by KTA.

But her grounding among the world’s top women riders certainly paid off when she took the raceboard class runner-up spot in Phuket . She overhauled the more experienced Benyapa “Fon” Janatawan, who suffered self-inflicted penalties when she received Black Flag Disqualifications (BFD) in three races for starting sequence infringements.

Another rider who cut his competitive racing teeth at the China worlds was the irrepressible Passakorn “Oh” Phraetraksa (THA). He finished fourth in the standings in Phuket , outpointing the highly-experience racer and Gaastra developer Nils Stolzlechner (AUT) with a number of strong performances.

The infectious Thai racer appeared to embody the KTA ethos – serious competition with a lot of fun – with his start-line antics.
Disconcertingly, for race officials at least, Phraetraksa would speed past the start boat singing the lyrics of Travie McCoy’s “Billionaire” at the top of his voice, yet still later place fourth in many races.

“I hadn’t practised on the raceboard for a long time before I went to China,” said Phraetraksa, 36. “But afterwards I came home and practised a little and drank a little, and then I stopped drinking and took it more seriously. The top three here are already so fast, but I’m getting closer.” 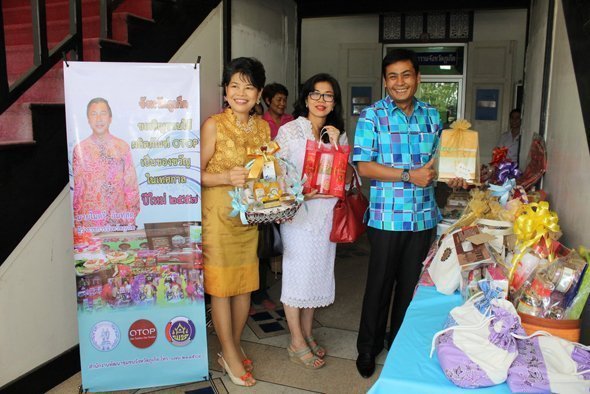 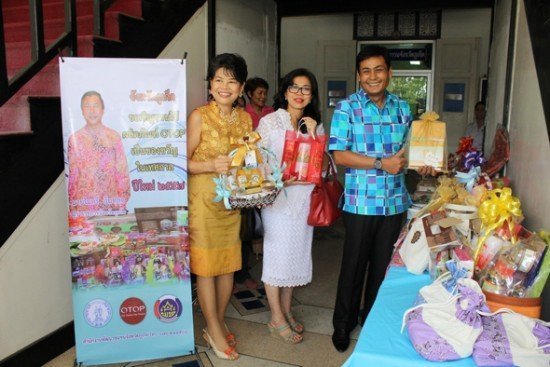 On 25th December 2013 at Phuket Provincial Hall, Phuket Vice Governor – Sommai Preechasil announced that throughout the New Year period, Phuket Community Development Office will be selling a range of New’s Year gift baskets which feature a range of 3 – 5 star OTOP products including spa and body treatments.

Laguna Phuket Keeps Up the Tradition of Vegetarian Festival 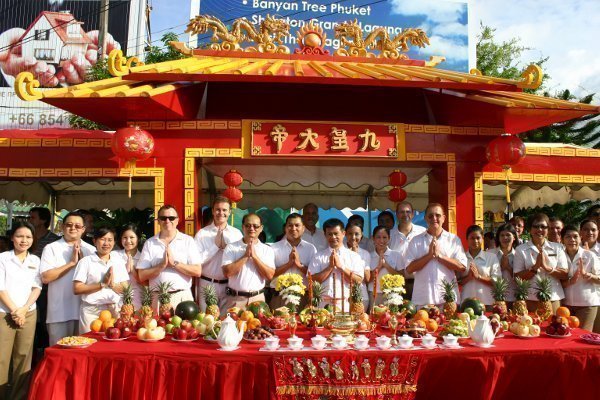 Laguna Phuket sets up an offering table at the entrance to worship the “Chinese Gods Street Procession” from Saam Ong Hoo Shrine in Cherng Talay during this year’s Phuket Vegetarian Festival,

91.5FM Phuket Island Radio is setting the pace and burning up the airwaves with title sponsorship of the 6k Fun Run at this year’s Laguna Phuket Triathlon. 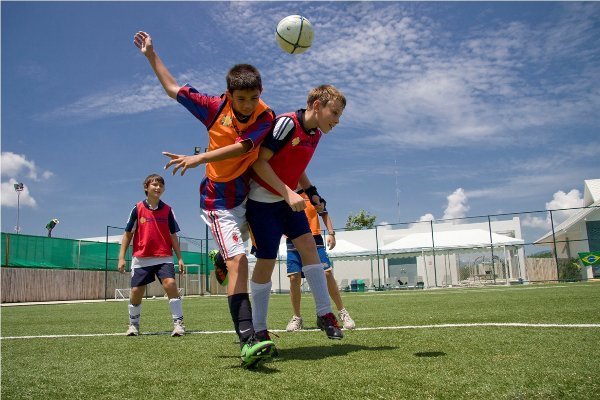 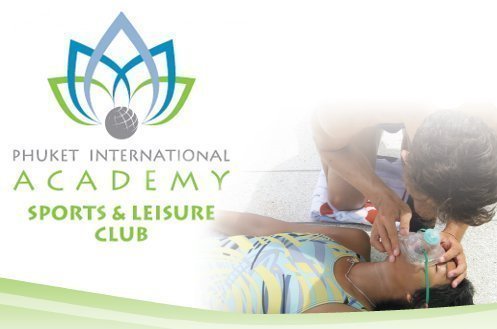 The Royal Paradise Hotel & Spa has recently received a ‘Thailand Tourism Award 2010’. The award was granted by the Tourism Authority of Thailand (TAT) for its effort to promote the professionalism, 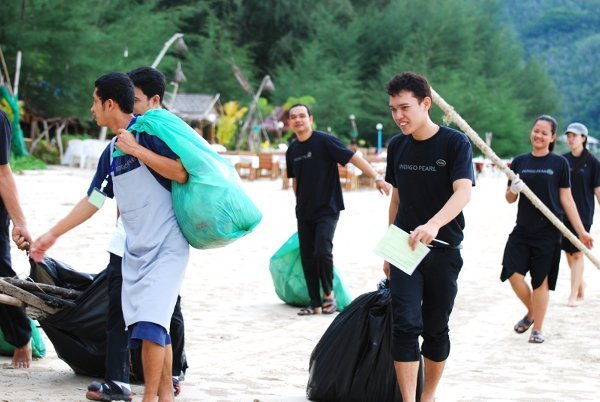 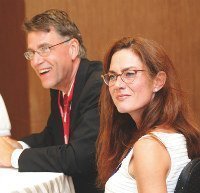