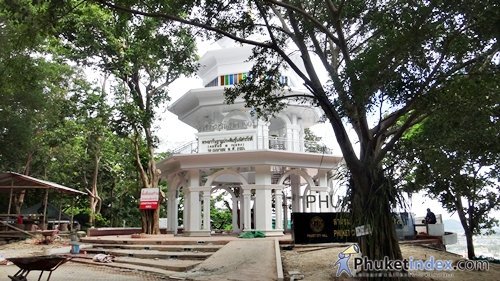 In July 2012, the Ministry of Tourism and Sport approved a budget of 18 million baht to construct a viewing platform and tower at the top of the popular tourist destination Rang Hill in Phuket City, and improve the general look and standard of the surrounding area. The contract to carry out the work was won by Nakhon Si Thammarat based construction company GSP Engineering and construction commenced on 30th August 2013 with an estimated completion date of 24th August 2014. 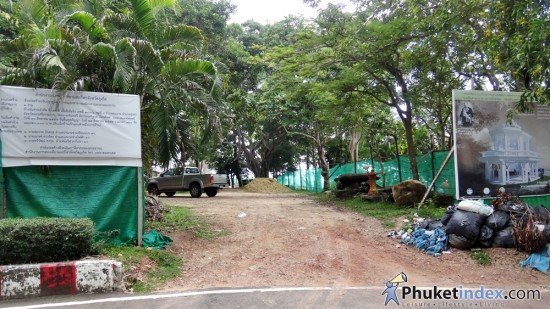 Those who have already ventured to the top of Khao Rang will already be aware of the spectacular views it provides of Phuket Town, the southern part of the island, and some of the offshore islands. However, once complete, unfortunately work is running slightly behind schedule, the new view tower will allow visitors to enjoy 360 degree panoramas of the island.

As the completion date has now passed, albeit only by a few days, Phuketindex.com took a trip to Khao Rang to check on the progress of construction of Phuket’s latest tourist attraction, the Phuket City View Point, as it has now officially been named.

As you can see from our photos, construction of the tower and platform are complete, the platform is open to the public, however, the tower is still not useable as work on the anti slip stairs and wheelchair ramps is still ongoing and is due to be complete in 2 months, sooner should the weather allow it. Once complete, Phuketindex.com is sure that the number of visitors to Khao Rang will increase quite dramatically, especially as other ongoing work includes improvements to public toilet facilities, allocated parking spaces for the elderly and disabled and steel grating over the previously open drainage ditches making the area a lot more visitor friendly than it was previously.

Khao Rang has long been a favourite recreation area for a large number of locals and tourists who not only visit the area to enjoy the views, which are even more spectacular come dark, but also to picnic and exercise. It is also the home to a bronze statue of the late Phuket Governor Khaw Sim Bee, credited with introducing the rubber trade to the Andaman region. 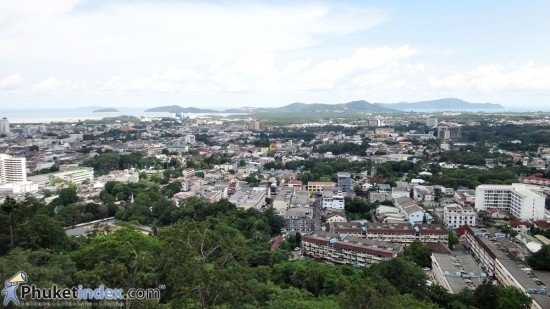 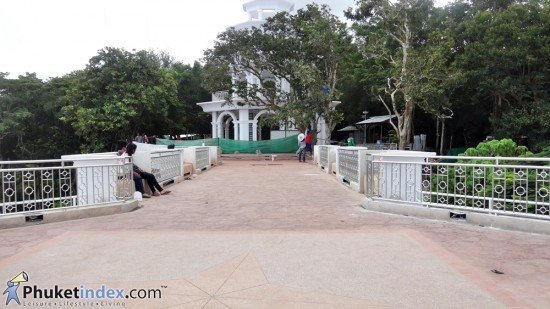 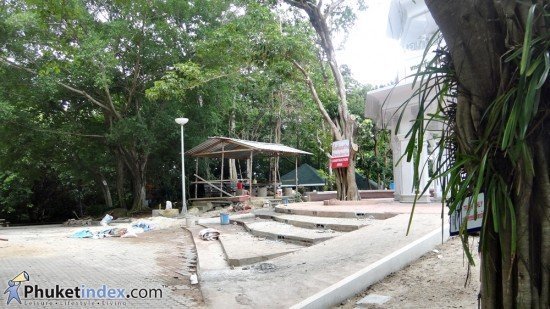 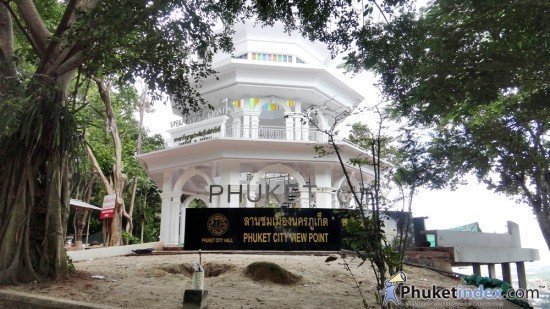 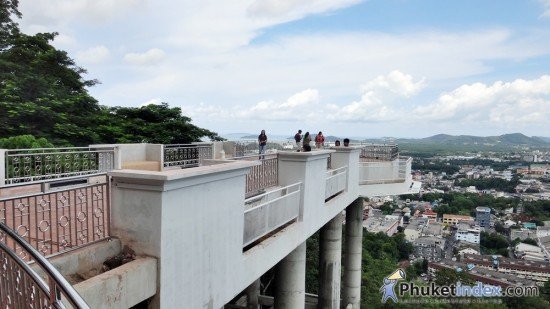