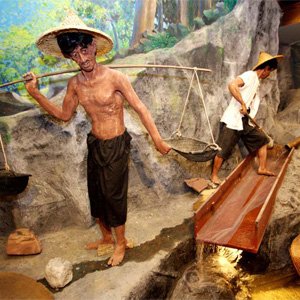 The Kathu Mining Museum was started from the Tin Museum of Kathu School. It is a very informative cultural and historical attraction. The museum was established in 1999 but became tangible in 2006 and was then finished in 2008.

Most exhibits are donations from mining companies and wealthy Phuket citizens. The museum building was designed with Shino Portuguese style buildings with a large courtyard in the middle and windows decorated with stucco designs and old style arches. Inside the museum there are displays of everything from tin mine models to a scene in an opium den, sample specimens of tin, and of more than 100 kinds of other minerals. 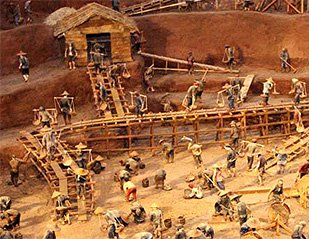 Kathu Mining Museum is located on Kathu district area, near Loch Palm golf course on the Kathu – Ko Kaeo road, in Phuket. Open from 08:00 to 16:00 – Closed on Sunday.