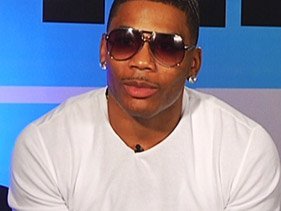 ‘He was like, ‘Let’s go! What are you waiting on?’ ‘ Nelly recalls of getting motivated after 2008 effort.

Diddy  is wearing gold fronts, sporting enormous amounts of jewelry and riding shotgun with a superstar MC in videos these days as if it were the Bad Boy era of ’94 all over again. But while most attribute Diddy’s rejuvenation to his newfound affiliation with Miami rapper Rick Ross, to hear Nelly explain it, credit for the hip-hop mogul’s revitalized state belongs to the St. Louis star.

“I got him back in that mode, ask him,” Nelly told MTV News. “I told him — that’s my big brother — I told him, ‘Listen, you’re going too fast: Where you at with the music — people ain’t caught up yet. It’s good, but where you’re at, you got to bring it down. You got to get their attention first, then you can take them wherever you want to take them. My exact words were, ‘We need that “Hate Me Now” Diddy,’ ” Nelly said, referring to the 1999 Nas track featuring Puff.

In turn, the Bad Boy boss told Nelly that he needed to “speed it up.” “He was like, ‘Let’s go! What are you waiting on?’ ” Nelly recalled.

He admitted that the advice forced him to reflect on whether Diddy’s words of wisdom might have merit. With his last album, 2008’s Brass Knuckles, Nelly experienced his first commercial disappointment. Although the album was certified gold, selling more than 500,000 copies, his previous efforts were all multiplatinum smashes. The rapper replayed Diddy’s talk in his head, and the result of that conversation, according to Nelly, is “Just a Dream,” the rapper’s first top 10 hit since 2005’s “Grillz,” featuring Paul Wall.

PAWS charity fund raiser: A Night with Beauty and the Beast!